As the technology of solar power generation systems becomes more and more mature, and the application fields become wider and wider, in addition to the commercial field, the civilian market has also shown a trend of vigorous development in recent years. If the solar power system is to be applied to the home, there are two main ways: the first is to centralize power generation, and then the electricity is uniformly deployed to supply power to users, but this kind of power station has a large investment, a long construction period, and a large area. Development is more difficult. There is also a decentralized small-scale power generation system with a small investment, fast construction, small footprint, and large policy support. At present, all countries are vigorously supporting the installation of solar power generator system for home, and residential solar panel system installation companies are gradually increasing every year to provide the installation of a complete set of solar power kits for homes. And this kind of solar system for home costs very low, Anern also provide this whole house solar power system for home use at the competitive price. 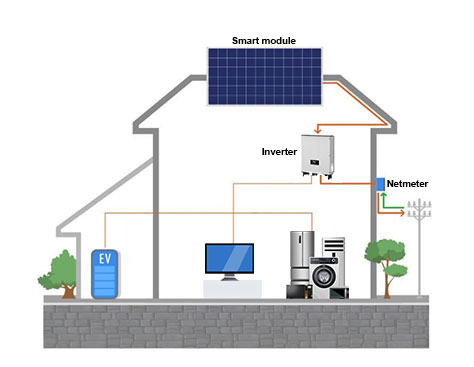 The grid-connected power generation system can convert the DC power output by the solar cell array into AC power with the same amplitude, frequency and phase as the grid voltage, and realize the connection with the grid and the transmission of electric energy to the grid. The power stations in the whole home solar system are independent of each other, and users can control by themselves without large-scale power outages, so the safety and reliability are relatively high. And because the grid-connected power generation system does not need to be connected to the battery, it also has certain advantages in cost.

Off-grid solar power generation system uses solar panel energy system for home to convert solar energy into electrical energy when there is light, and powers the load through the solar charge and discharge controller, and at the same time charges the battery; in cloudy weather or no light, through solar charge and discharge control The battery packs the battery to supply power to the DC load. At the same time, the battery also directly supplies power to the independent inverter, which is inverted into AC power through the independent inverter to supply power to the AC load.

Some countries and regions do not know about grid connection, or there is no grid supply. At this time, solar off-grid power generation systems are mainly used. During the day, the power is generated for the load, and it is stored in the storage battery and used as a backup power supply for the load at night. 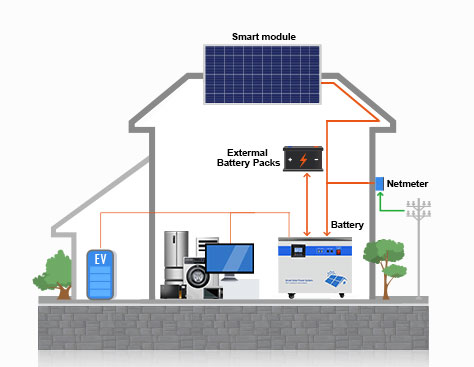 Compared with ordinary electrical products, the installation and use of household solar power systems will be much more complicated, which will hinder the spread of solar power systems to more families in need. The successful development of the integrated solar energy storage cabinet makes the installation and use of the system more convenient. The integrated solar energy storage cabinet type integrates the solar charge and discharge controller, solar inverter, and battery. As long as the solar panel system for house is connected, it can be used only, reducing a lot of wiring processes and avoiding unprofessional wiring.